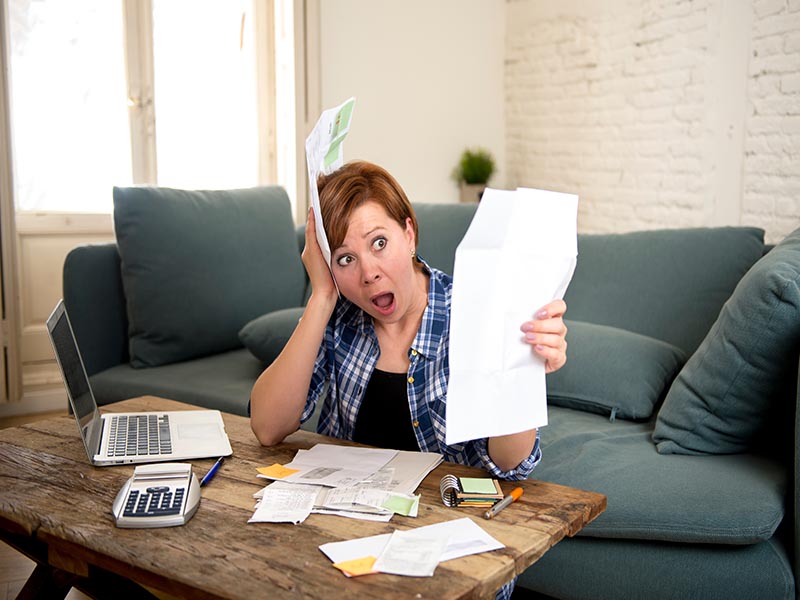 With no OPTIO support, critcal and complicated bill of lading and import export documents out of QAD for 20 million batteries a month were in peril. Johnson Controls (JCI) in Milwaukee, WI determined that Optio had reached end of life in 2017 when OPTIO fell on hard times. Expand

Looking for a reliable solution that would integrate readily with QAD and SAP, in Spanish, English and Portugues, JCI settled on FormTrap from Australia and Support from Pronto Progress.

After all of the US forms were designed in FormTrap and tested, against a printer located in Pronto's downtown Chicago Office which supports PCL6, it was discovered that the printers that will actually be used are very old Printronix P7220, which do not support PCL6 or PS printer languages. With the expiration date for the extended Optio license getting closer, it was discussed that JCI may need to invest in some newer printers which would allow them to print in PCL or PS formats, regardless of whether that would be newer Printronix printer or Ricoh printers which can print in triplicate, the cost associated with that and the time needed to validate the process was going to put us very close to our deadline. After a very thorough reading of the Printronix P7220 printer manual, Andy Wasilczuk, discovered that the printers do accept PDF formats. We ran a few more tests and finally found that if we generated the file as a PDF from FormTrap, opened it in Adobe Reader, and then printed it everything looked correct. Apparently direct outputs of PDF files do not use the same printer language as a PDF that is opened in an additional application, such as Adobe Reader, before it is printed.  Now that we knew we could print PDF files to the Printronix printer, our goal was to write a script to automate the process of opening the PDF and printing it to the printer so that no additional capital spend would be needed.

Next step was to figure out exactly to get FormTrap to leverage a command line application to print a file directly to a printer after it was opened in an application that can view and print PDFs. With some assistance from Armen at FormTrap directly I was able to get the proper settings configured for FormTrap to use an application to print PDF files directly to a printer and now JCI is in the process of testing the print outs to their Printronix P7220 printer without the need for any additional spend. 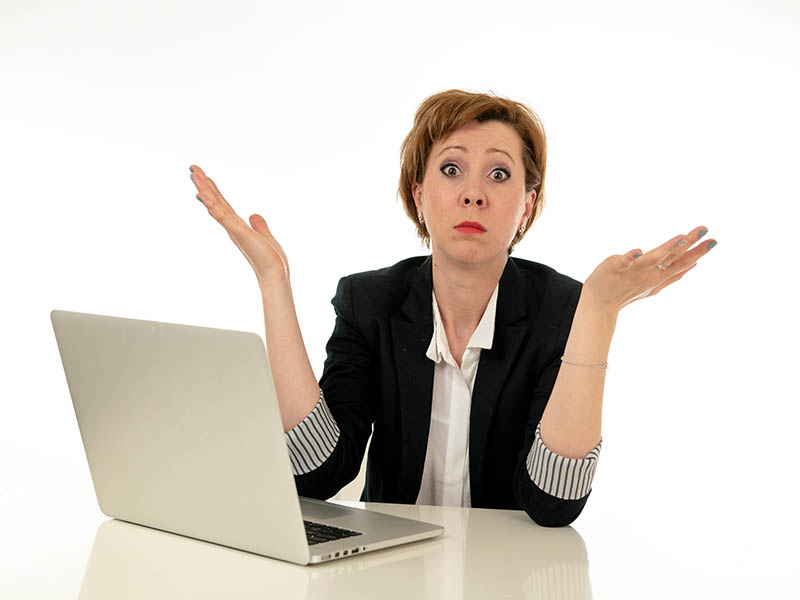 Vicki doesn't know what to do when technical support says "We're sorry you are experiencing this problem." It is canned, trained, insincere and a waste of time! Vicki appreciates technical support that says, "We are on it!" so she can move on to another issue or opportunity, as happened when Formtrap failed on a Printronix printer. Expand

When something goes awry, like a form isn't printing or the government changed the layout required on the form, apologies don't cut it! Vicki needs it fixed. Very often the "WHY" it broke appears to be more important to technical support people then focusing on a solution, right now.

Apologies are useless as well. "Please, stop wasting my time telling me how sorry they are to hear I'm having a problem." said Vicki just last Friday.

Forget about calling OPTIO technical support, and keep in mind that no further updates are on their way from them.

JCI uses an unsupported (not PCL6 or PS) Printronix printer in every plant in the USA. FormTrap produced PDF files failed to print initially. These printers print several copies at a time, along the lines of a multi-part dot matrix printer on steroids. The Printronix printers are older and were expensive when purchased. Updating the printer firmware was a problem. FormTrap fixed the issue.

Armen Ayvazyan, from FormTrap, helped Patty Ford of the Pronto Progress Chicago office work out the settings needed to setup an Application in FormTrap which takes the PDF document that FormTrap generates and, through a console application taking the filelocation and printer as arguments, opens the PDF in a PDF reader application in the background. Then FormTrap and the console application sends the file to the Printronix printer to be printed.

No one from JCI was on the phone. That is FormTrap and Pronto Progress support! 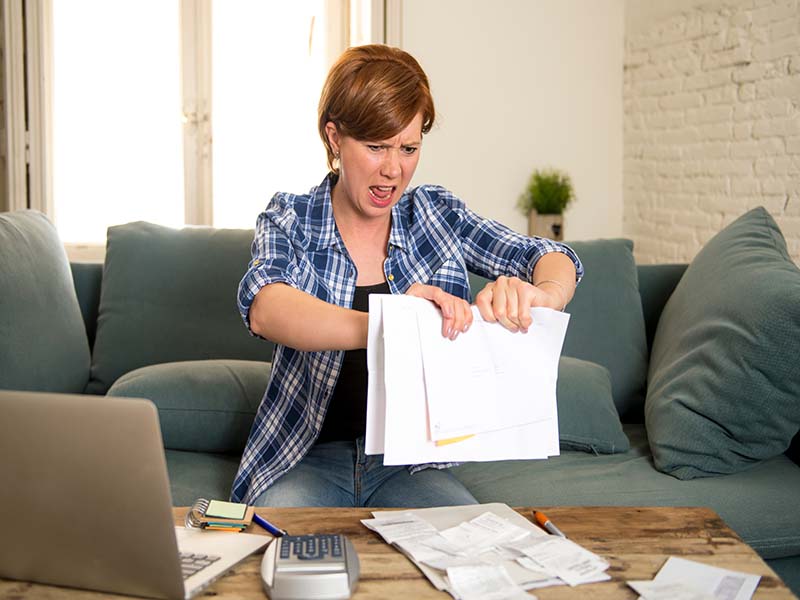 Authentic maintenance and support. Those annual maintenance fees of 15% that most firms pay is often assumed to include upgrades, either free or at a significant discount, along with the ability to call or email when things are not working as expected. Expand 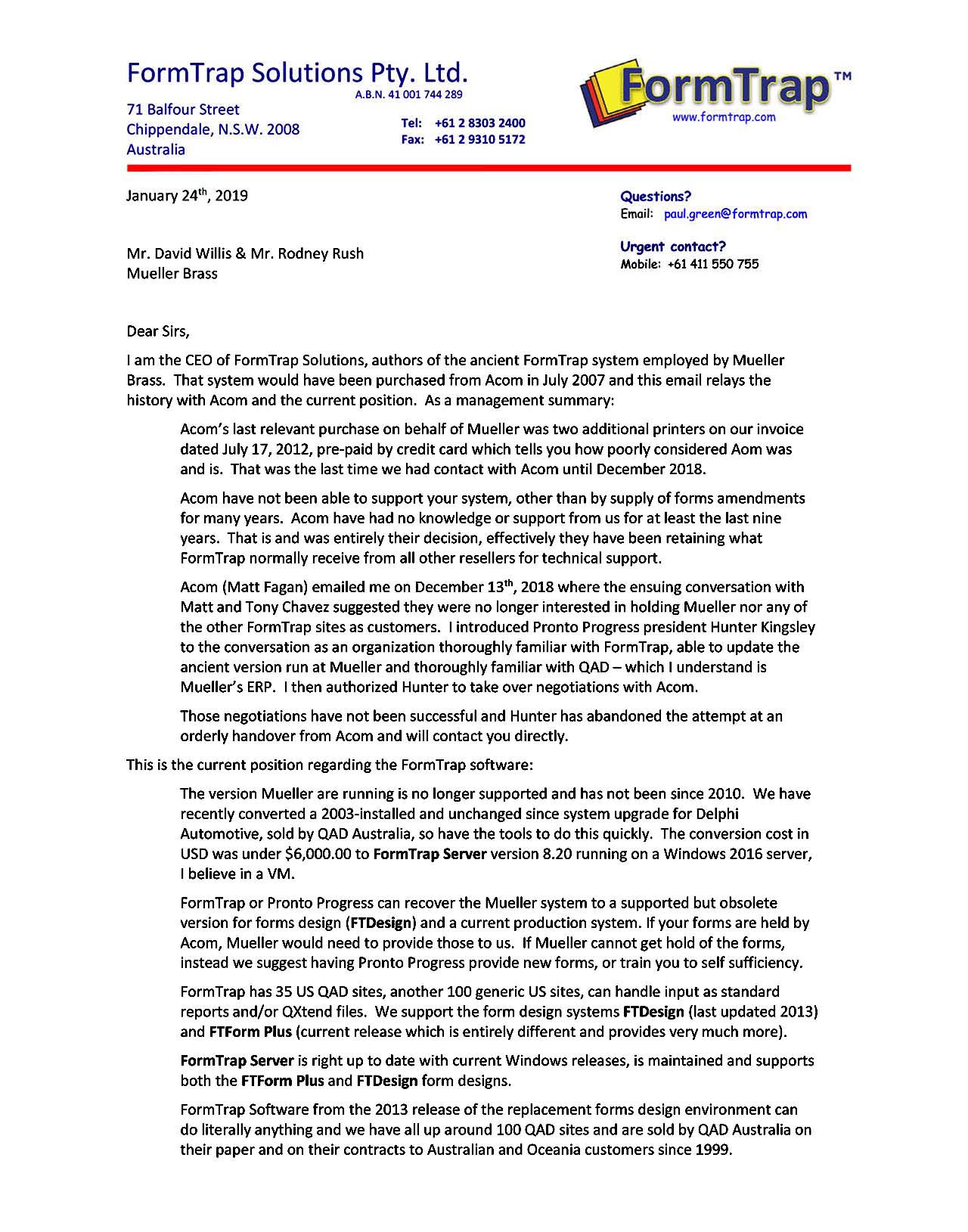 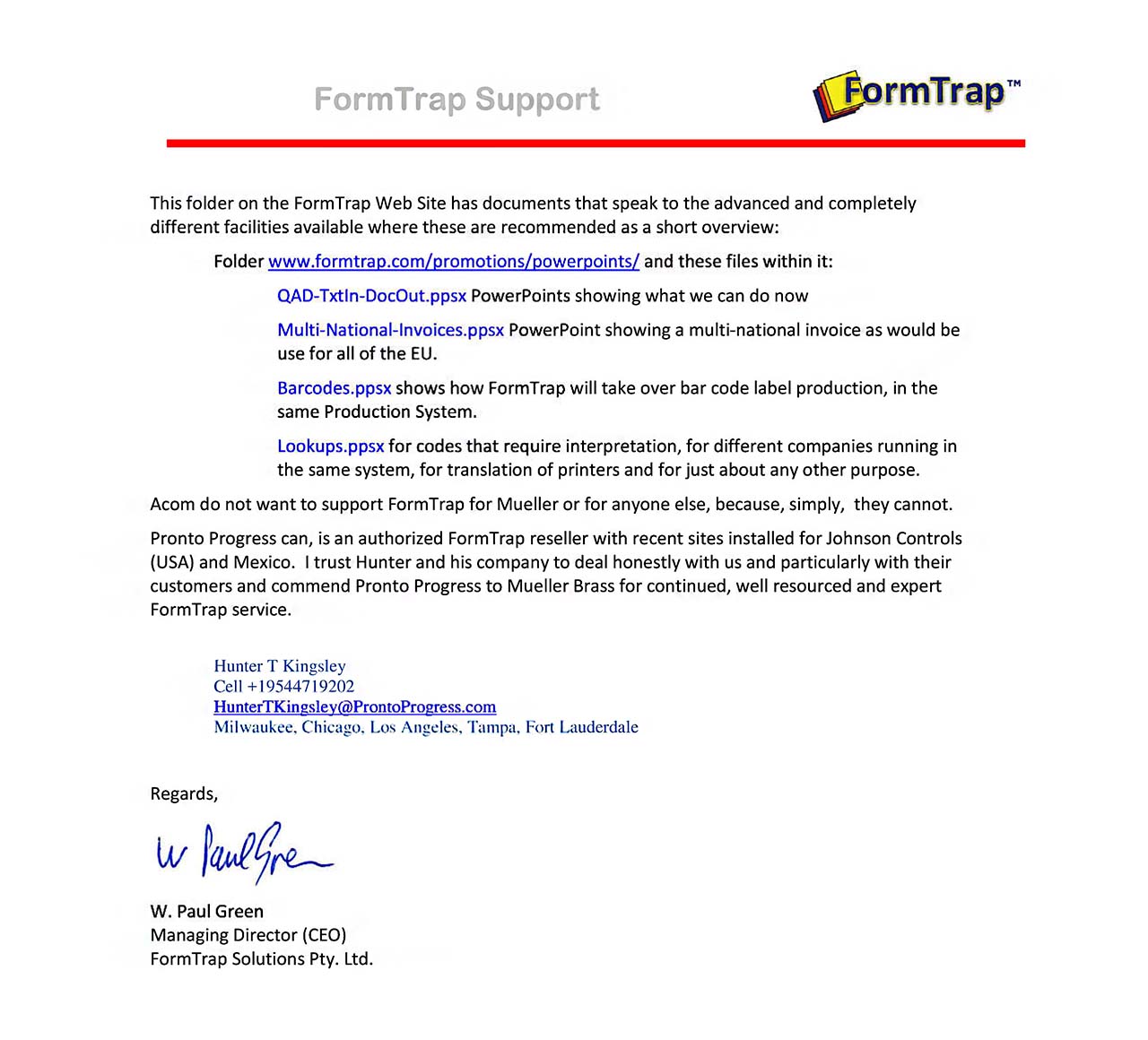 In the case of ACOM, a former reseller of Formtrap, it could be that you’ve assumed the wrong thing. I can’t tell you if Mueller Brass understood they weren’t on maintenance.

If you are using Formtrap, and you are wondering if you can upgrade and/or on Authentic support you may quickly find out by contacting Formtrap directly, Paul Green (Paul.Green@FormTrap.com) or ask Pronto Progress and we’ll find out for you.

If you want a quote, support or an upgrade and your original vendor is no longer a viable source for that support, please feel free to reach out to Pronto Progress.